AUC in the 21st Century: new analysis of Ole Lamm

At the start of the 21st century, arguably the most important development related to AUC was more about the math than the science of sedimentation velocity experiments.

While Svedberg gets the lion’s share of the credit for building the first analytical ultracentrifuge, the person most responsible for devising a way to analyze sedimentation velocity data was a Ph.D. student of Svedberg’s from Gothenburg, Sweden.

His name was Ole Albert Lamm.

In 1929, he deduced a general equation describing the behavior of the moving boundary in an ultracentrifugal field. More specifically, his equation, which would later be named for him, described the concentration distribution of solutes resulting from sedimentation and diffusion under ultracentrifugation in typical sector-shaped cells.

Thanks to Lamm, sedimentation analysis could be described using a single (differential) equation. Unfortunately, the Lamm equation cannot be solved directly in the general case. The exact solution is an infinite series of integrals, which can be computed only by numerical integration. 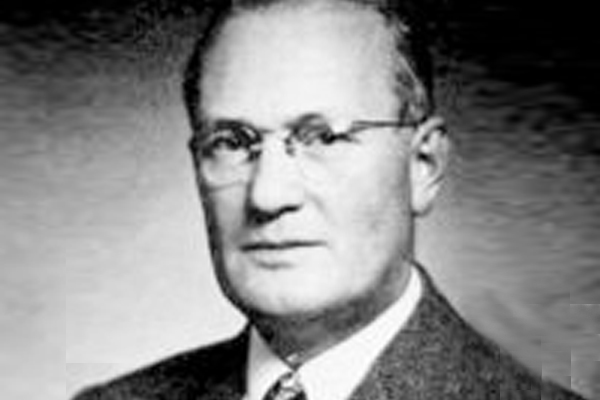 Since deduction of the Lamm equation in 1929 and for most of the 20th century, the lack of an explicit analytical solution hindered sedimentation velocity (SV) analysis and limited experimental configurations.4

As AUC use increased, however, the Lamm equation was solved analytically—for specific limiting cases—by scientists such as Hilding Faxén, W.J. Archibald and, most recently, by Hiroshi Fujita. But by the arrival of “Y2K,” we were well into The Computer Age—an era Svedberg and Lamm could have only imagined.

Computers were no longer the size of refrigerators. “Personal computers” were becoming as prevalent as television sets in homes around the world. And with the introduction of software that enabled use of direct fitting of the Lamm equation for SV data analysis,15 the massive potential of the Lamm equation could finally be realized.

One such software program was SEDFIT, developed by Peter Schuck and his colleagues, which could quickly and rigorously generate solutions of the Lamm equation to fit SV data.16

Along with other programs, SEDFIT spawned new experimental strategies and applications,4 and enabled detection, quantification and characterization of minute quantities of solution contaminants.16

Earlier analysis methods were problematic when working with extremely small molecules (molar weight < 3,000) and extremely large molecules (molar weight > 10,000,000). The introduction of these new software programs eliminated both these limitations, making it possible, for instance, to obtain useful information on the association of small peptides and on the heterogeneity and aggregation of viruses.

Only a few years later, some of the newer AUC software solutions were able to analyze the combined data from several experiments, including data acquired using different first-principle methods. In addition, other programs based on thermodynamic first principles were available for analyzing sedimentation equilibrium (SE) data.17,18

During the first two decades of the current century, AUC has proven useful for many new applications and industries (e.g., nanoproducts, such as those used in cosmetics and biologically inert contrast agents).19

But one of the most important and far-reaching uses of AUC has been in the growing field of biopharmaceuticals.

In combination with new analytical software programs, AUC has become a powerful tool for helping biopharmaceutical scientists assess a drug’s total level of aggregation, characterize its heterogeneity and consistency of the higher order structure of its monomeric form, and measure its biophysical properties in solution.11

Not only can it provide independent information about quantity and size distribution of aggregates in biopharma samples in the formulation buffer—with virtually no method development—but because it uses different principles from size-exclusion chromatography (SEC), AUC avoids issues that can adversely affect SEC results.

In addition, AUC can provide this information during earlier drug development stages, before a functioning SEC method is even in place. Subsequently, it can help ensure the SEC method used is providing meaningful aggregation information even if the formulation buffer of the sample and the SEC mobile phase differ.11

In terms of particle size, AUC is far more versatile than SEC, so it can be used to characterize biopharmaceuticals ranging from small peptides to large protein particles such as viruses, virus-like particles (VLPS), or nanoparticles used in drug delivery systems for gene therapies.

Many of these revolutionary new therapies are focused on conquering some of the most prevalent and lethal forms of cancer, such as those that target the pancreas, breast, colon, lungs and prostate. But that’s just the beginning.

Equally exciting, too, is the application of AUC to antibody-based therapies—where it’s already considered a gold standard—and to glyco-vaccine and DNA-based therapy systems, as well as macromolecular-based therapies for everything from allergies to obesity.20

It’s difficult to overemphasize the importance of AUC technology to our modern world.

Today, with the powerful combination of hardware (thanks to Svedberg, Pickels, Beckman and others), and software (thanks to Lamm, Fujita, and later to Schuck and his colleagues), AUC has become an irreplaceable tool for macromolecular research in the 21st century.

Regrettably, Arnold Beckman died in 2004 at age 104, so he was able to see only the first few years of the impact resulting from this powerful merger of engineering and computer programming.

Howard Schachman, however, was able to witness much more of the latest evolution of the technology to which he had devoted most of his career and much of his life. He departed this world at age 97 in 2016.

Coincidentally, that was the same year Beckman Coulter Life Sciences introduced to the world its state-of-the-art analytical ultracentrifuge, the Optima AUC, which Schachman most certainly would have loved.

With faster scanning rates, increased wavelength precision and enhanced data resolution, the Optima AUC can provide scientists with more accurate answers from each run. At rotor speeds up to 60,000 RPM, data acquisition rates on the Optima AUC are almost five times faster than the ProteomeLab XL-A/XL-I, with three times higher radial resolution, so it can generate nearly 15 times more data. 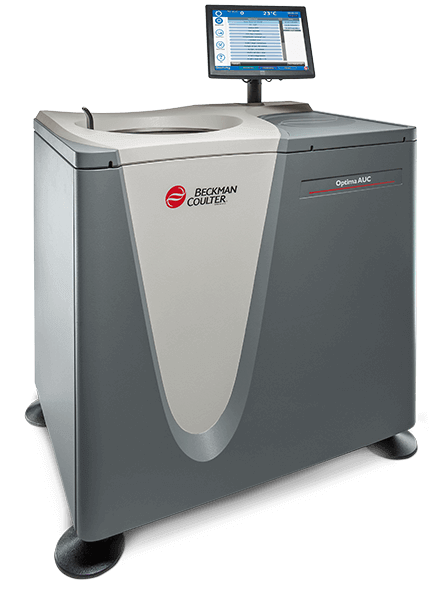 The Optima AUC currently provides absorbance and/or interference optical systems, with the option to install up to three independent, simultaneous detection systems. Unlike the ProteomeLab XL-A/XL-I, however, all system optics are contained outside the rotor chamber, making the Optima AUC easier to maintain.

Compatible with the same cells, rotors and software used with the ProteomeLab XL-A/XL-I, the Optima AUC surpasses other features of its forerunner in terms of image resolution and the number of interference fringes it can capture per cell.

We now live in a hyper-connected world. So it’s no surprise the new Optima AUC lets researchers monitor their experiments from anywhere in the world that offers internet access.

To be sure, the future of AUC may now be truly without limits.

Oops. The page you wanted could not be found, so we brought you to something similar. If you still can't find what you want, try searching our site instead.